Following on the heels of the popular 3 wins model Electrocoin decided to drop the black and white O symbol which in itself didn’t lend itself to being a “winning” or popular symbol and thus the O’s on the reels were replaced with a luckier “7” symbol. So was born the Lucky 7 Symbol and added to the Bar X suite of machines. This allowed a greater stake and prize level than before. From the Classic BAR X7 model onwards, all BAR X machines included 3 wins as standard and a new jackpot level of upto £35.
It was also the first time that Electrocoin introduced a sit down cabinet – this meant players no longer ad to stand to feed coins and claim their winnings, they could be comfortably seated on a machine and easily play their game for longer periods with a higher hit rate and easier access to the win tray. 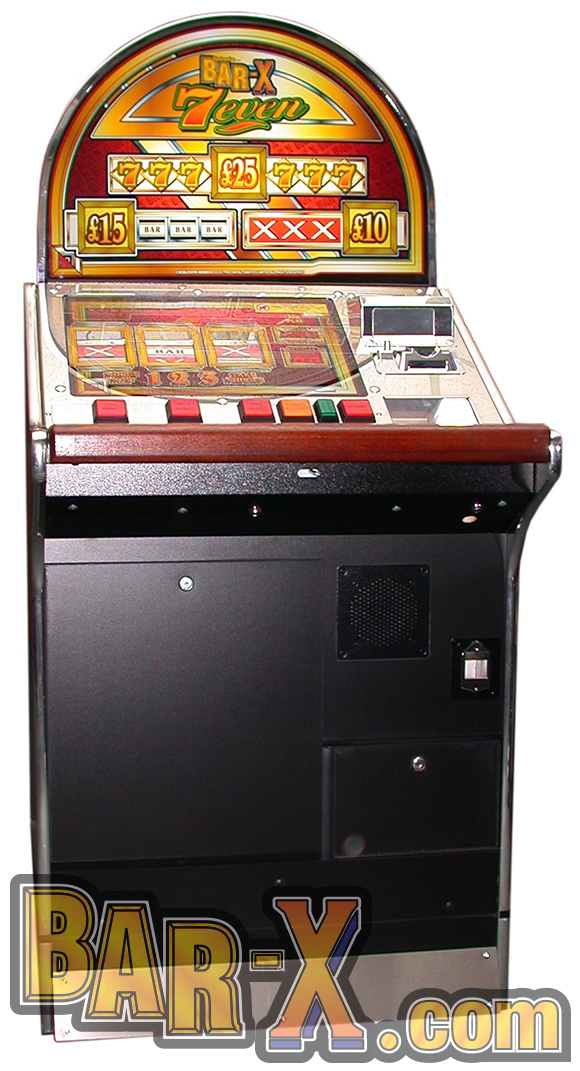 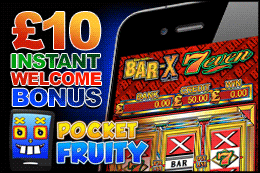