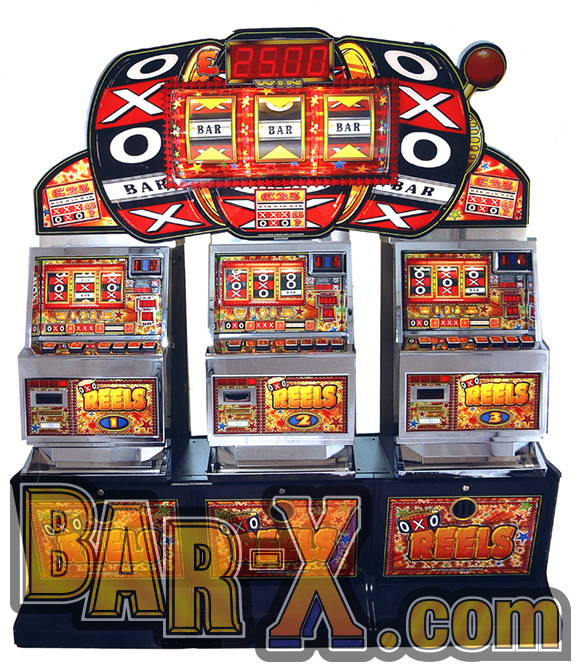 Bar X OXO reels was the first Electrocoin game to incorporate 3 players into 1, linking the fortunes of any one player with those of other players around them. When the special OXO feature was activated on a winline, the player would enjoy the feature of playing on a 2nd set of reels on top of the original 3 on the main game. However as a bonus, if another player was playing on one of the linked machines, they would also enjoy the free spins and “free wins” on the upper reel set. The Upper reels were larger than normal reels and set in a larger bubble dome. This design and attraction became an instant hit and was hugely popular and is still played today in many arcades around the country.